Sitting at a Global Table

Earlier in April, Melbourne was the host of not just its enormously successful Melbourne Food and Wine Festival but for the Awards Dinner of the World's 50 Best Restaurants at a gala event of which I was fortunate to attend.

Winners of the World's 50 Best Restaurants 2017

Between March 31 – April 9 more than 200,000 people attended the 250+ events of the 25th Melbourne Food and Wine Festival. In addition 47 chefs and restaurateurs, previously rated in the World's 50 Best Restaurants list, were invited to attend the awards ceremony and get to know Australia, its cuisine and food products. The result was this extraordinary culinary buzz around the city.

The MasterClass series of cooking demonstrations over two days brought together eight chefs who had featured on The World’s 50 Best Restaurants List. Presenters included sensory gastronomist Grant Achatz from Alinea in Chicago who fascinated the audience with his helium filled balloons that tasted of apple taffy. Carlo Cracco from Milan described his admiration for the egg and how it can be transformed in so many ways. He prepared a boiled egg - exactly for 6 minutes so that it was firm on the outside with a runny yolk. He then carefully peeled the egg and smoked it in a bowl using a smoke gun and trapping the smoke under a layer of plastic film. Finally he coated the egg in a crust of 'carbon' vegetable crumbs. From Peru, Gastón Acurio prepared a ceviche of scallops (he eats ceviche 3 or 4 times a week) with tiger's milk. Australian chef David Thompson, now living in Bangkok, prepared two dishes that celebrated freshness.

The experimentation and innovation in many of the dishes was truly incredible although for the home cook, the recipes could provide some technical challenges - however they were fun to watch and to eat!

Suddenly (and again?) there is a new focus of everything to do with local ingredients and creating or re-discovering a cuisine that celebrates local along with quirky, technical recipes which often form the part of a tasting menu.This movement towards connecting the restaurant directly with the soil has taken a more tangible form as restaurants seek out plots of land so they can grow their own vegetables and in doing so develop a better understanding of the traditions of gardening along with the bounty of each season. The head chefs encourage their staff to help with the gardening tasks. This represents a substantial commitment of time from the team and ensures a more personal engagement with the composition of the final dish on the plate.

What’s more the chefs are leaving the safety of the kitchen to deliver the meal directly to the table of the customer. These chefs are now eloquent communicators who define the culinary experience in a new way as they confidently explain the intricacies of a dish and the provenance of the ingredients.

And it’s not just vegetables that are under this scrutiny, sustainable fish and shellfish species are preferred and local meats, hunted if possible. This takes me back to my own restaurant which we supplied with our own Pigeon Bay lamb from the 1990s and by 2007 were hosting an annual milk-fed lamb dinner at Hay’s each November.

These awards are derived from an international panel of 1000 chefs, restaurateurs, gastronomes and food critics who cast 10 votes per person. In 2017, Eleven Madison Park from NYC was ranked number one having been in the top ten for the last few years. Co-owner, Will Guidara visited NZSFW in 2015 with his wife Christina Tosi and met with Auckland restaurateurs so it was nice to have this direct connection.

Closer to home, at number 32 is Attica, the Melbourne restaurant owned by New Zealand born chef Ben Shewry, who trained under highly respected Wellington chef, Mark Limacher. Earlier in the week, I enjoyed the special tasting menu of 20 courses including the signature dish of whipped emu egg with sugar bag.

At the rear of Attica is a small garden with raised beds and all guests are invited to enjoy one course outside. In April, the beds are full of vibrant tulips in full burst – the petals forming an edible garnish for the mushroom course. Also in the garden was a smoker-barbecue used to smoke the delicious carrots on the menu. Ben told me that they also have a garden plot around the corner.

Brae, the restaurant of Dan Hunter and is 44 on the list and located near the town of Birregurra, 90 minutes from Melbourne. Following his pursuit of seasonal, sustainable, local produce, Dan has developed a 12 hectare organic vegetable garden and orchard.

I know that some of you will recognise these chefs names from the enormously successful Netflix production, Chefs Table. It’s hard to tell whether being on the World’s 50 Best gets you invited to be featured in the documentary series or whether it works the other way.

What becomes obvious to my reckoning is that 14 of the 18 chefs profiled by the Netflix documentaries also feature in the lists of the 50 Best with two women chefs going on to win the award for the World’s Best Female Chef. This year's winner Ana Ros from the restaurant Hiša Franko, in a small village in Slovenia, talks about the influx of gastronomically inquisitive travellers who have come to her restaurant following the publicity of Chefs Table and the World's 50 Best. In fact her new found fame has put Slovenia on the gastronomic map.

And where are the New Zealand restaurants? Again they are fighting the juggernaut of geographic isolation, small population and just getting enough of the international gastronomic influencers that count to visit New Zealand, dine in their restaurants and rate their cuisine along with the dining experience.

The conclusion must be that marketing and PR are crucial to getting noticed in the global community of chefs and restaurants.

If you scroll down closer to the actual list of the 50 restaurants, you will see that this is now a man’s world with only the Spanish chef Elena Azack featured in the list. Something is happening to the culinary world... for all the back to basic gardening, it is a fast moving business with loads of opportunity and dynamism. 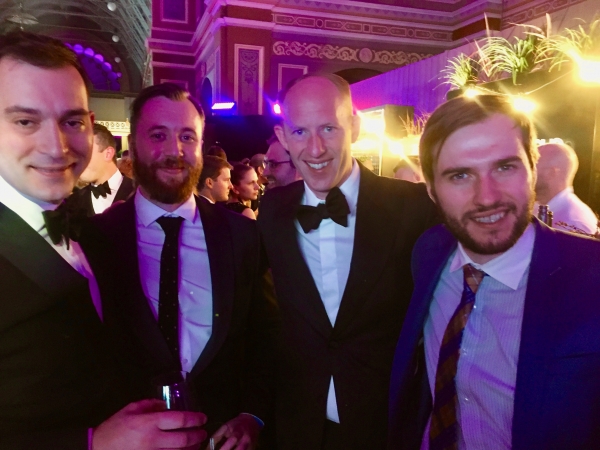 Team from Eleven Madison Park before they won. 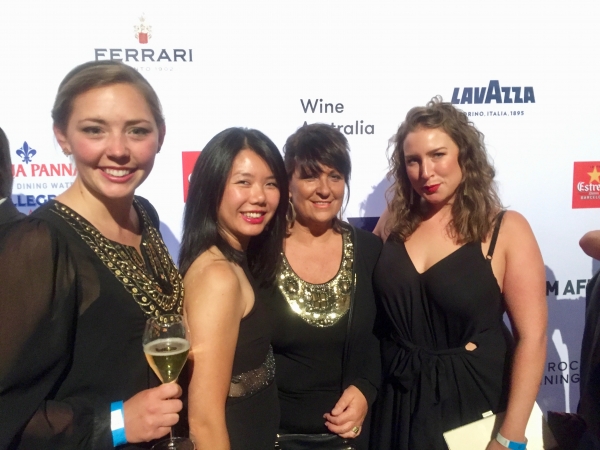 Therese, Candice, Anita and Meg - ready for a special night. 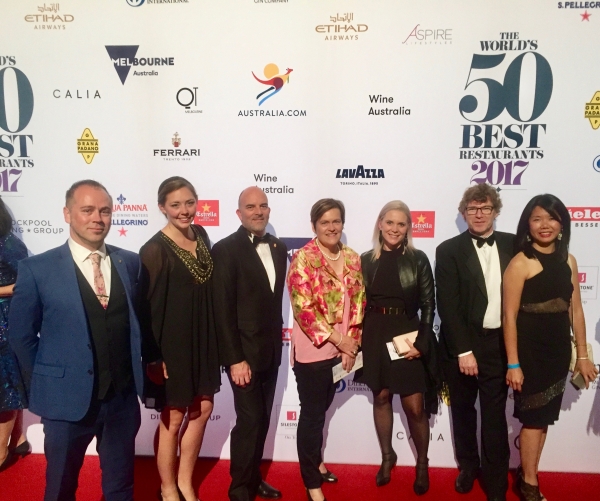 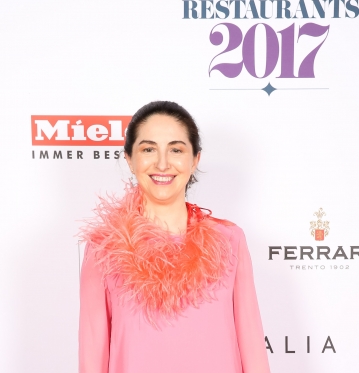 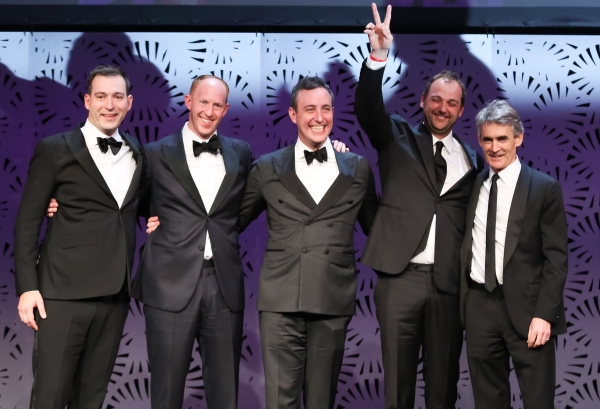 The team from Eleven Madison Park on stage after the won! 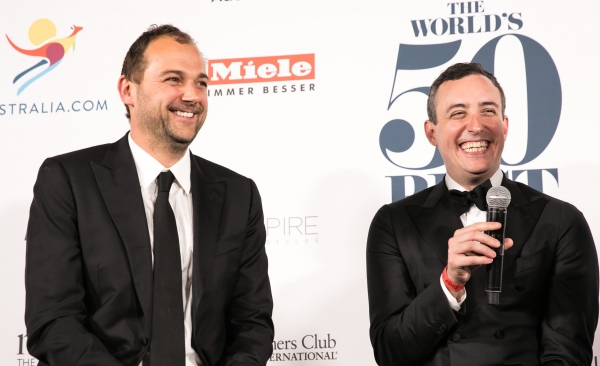 Daniel Humm and Will Guidara 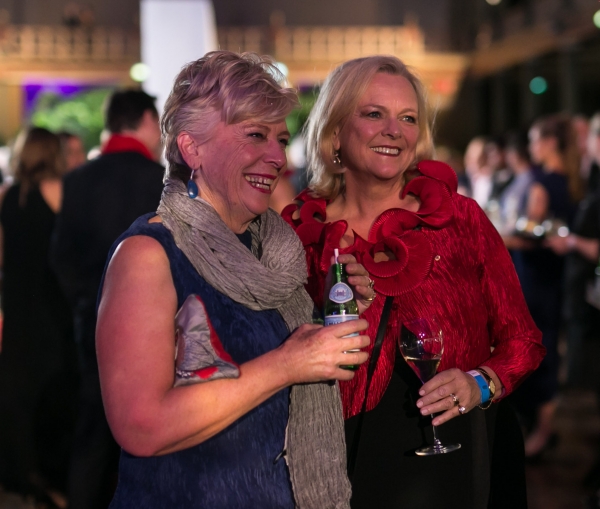 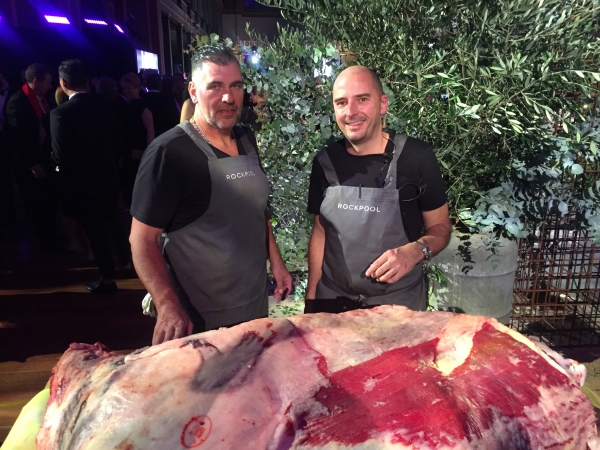 Some meat on the grill 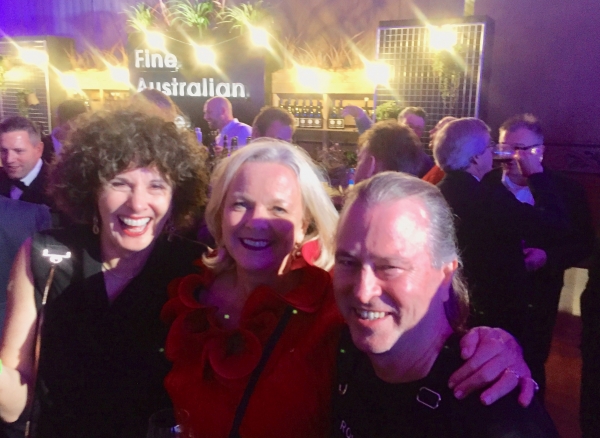 Jill Dupleix, Lyndey Milan and Neil Perry - great to be with such company!