News from our Graduates

News of our graduates

Catching up with the news and achievements of our past students is always very satisfying.  Here are some highlights of 2018. 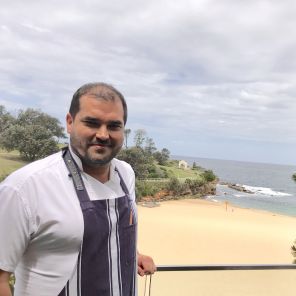 Catching up with Jonathan Thorne in his new role as venue head chef in charge of over 60 chefs the Coogee Pavilion owned by leading Sydney based restaurant group, the Merivale Group.

Jonathan has worked for Merivale for some years and was previously Head Chef at The Newport and before this Bistrode in the CBD. Jonathan studied the Foundation Cookery programme with us in Christchurch in 2000! 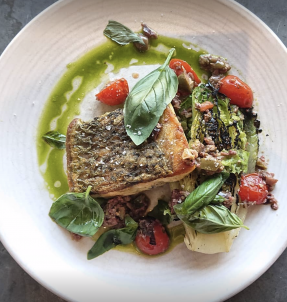 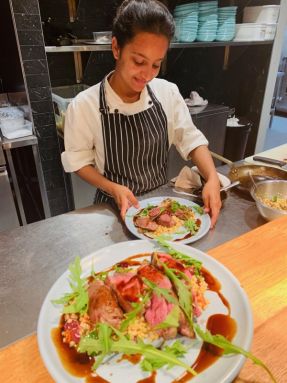 Janviben Dholaka, originally from India, completed the NZ Certificate in Cookery Level 4 in October and is now working as a commis chef at The Little District, Sylvia Park. 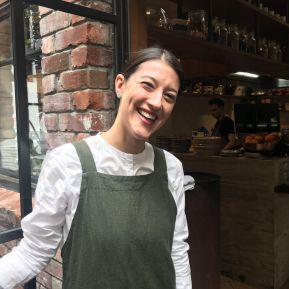 Giorgia Chillè, originally from Italy, joined our Professional Wine programme in 2016. After a period travelling and working at the Northern Club, she has now settled in as Duty Manager for the HipGroup's Ortolana Restaurant at Britomart. 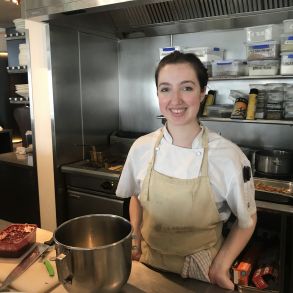 Canada Loucks has completed both our NZ Cookery to Level 4 and Hospitality Management to Level 5. This year she has worked full-time at Euro and is now Chef de Partie Larder and Pastry. In September, she won the Nourish Group Chef of the Year and a trip for two to the Melbourne Food and Wine festival in March. 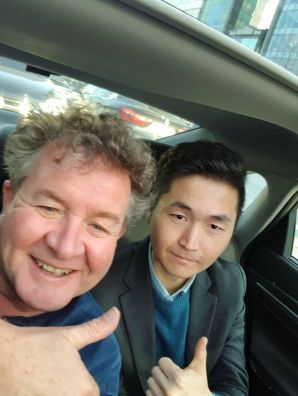 It was very nice to receive this photo of our graduate, Jin Kim with highly regarded New Zealand winemaker, Brian Bicknell of Mahi Wines. Brian was promoting his wines in Korea and Jin now works for his distributor in a wine marketing role. In November, he was also happy to work as Brian's translator and shared with Brian how much he had enjoyed studying in New Zealand. Jin studied the Professional Wine certificate with us in 2012 and then returned to Korea to work in wine marketing. 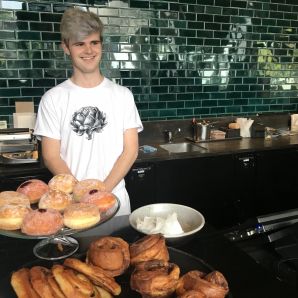 As a school leaver from St Kentigern College, Sam Shepherd chose to take a gap year with us and studied the NZ Certificate in Food and Beverage, Bar, Barista Level 4. For his work experience module, he was placed at the St Heliers Bay Bistro and Café for two weeks. At the end of this period, Sam was offered a job and has flourished in this customer service role. 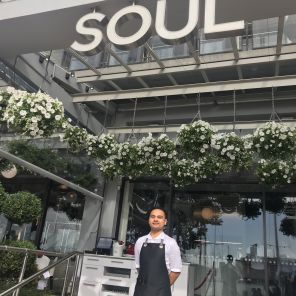 Christian Matagi enrolled in the NZ Certificate in Food and Beverage, Bar, Barista Level 4 having some experience working in bars and restaurants. A natural to hospitality, Christian's bubbly personality and ambition to succeed made him an excellent candidate for work placement at Soul Bar & Bistro in the Viaduct. Even before his work experience was over, Christian was offered a front of house role. Here he is standing proudly on the steps of Soul. 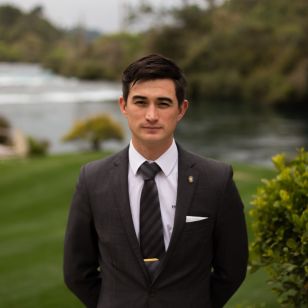 Dion Wai competed in the  2018 Chateaux & Domaines Castel Under 30 Sommelier Cup  hosted by Europe’s largest wine group and their first competition for the Asia-Oceania region. The competition started with a two hour written short answer exam that covered a range of old and new world questions followed by practical wine tastings and service. Dion came in at second place with a point difference of 1/4 mark! DIon studied the WSET Professional Wine programme and is currently working at Huka Lodge. 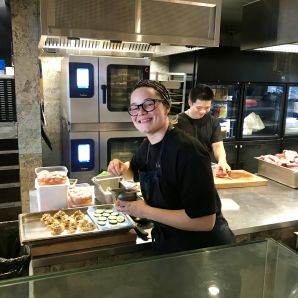 Carrie Zderich completed our Level 3 and 4 Cookery during 2018. Carrie's first work placement was at Amano and they quickly noticed her winning attitude and natural talent. When the Level 4 work experience came around Head Chef Andrew of Amano specifically asked if Carrie wanted to come back.  Here she is now with a full time job at the HipGroup's flagship restaurant in the Britomart. 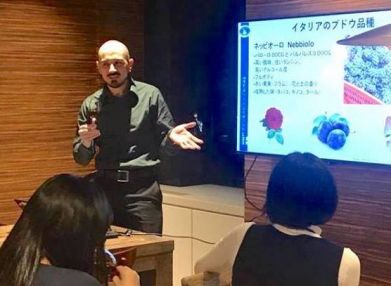 Ettore Donadeo studied the Certificate in Professional Wine Knowledge in 2012. Originally from the Italian wine region of Verdicchio dei Castelli di Jesi Wine, Ettore travelled to us from his new home in Japan to study more about wine and obtain the WSET qualifications. He has gone on to complete the WSET Diploma and now works as a wine educator for the Caplan School in Tokyo. 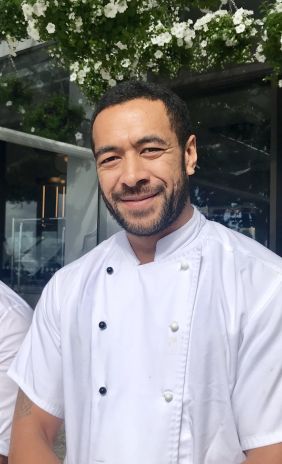 Chef Spencer Matagi has been employed at Soul Bar & Bistro since completing his work experience there in October 2017. He was recently promoted to chef de partie (Larder). Spencer is keen to introduce the ingredients and flavours of his Samoan homeland which resonate so well with Auckland diners. 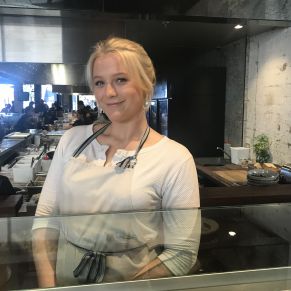 Originally from Cambridge, Caiti completed the NZ Certificate in Food and Beverage Level 4 alaand completed her work placement in the hotel sector. Caiti has now moved to the restaurant world now works in a customer service role at Amano. 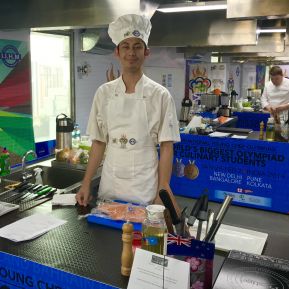 The 5th International Young Chef Olympiad 2018 will be held from 28th January to 2nd February 2019 and is supported by Ministry of Tourism (India), Government of India, and organised by the International Institute of Hotel Management. It will be hosted across four cites- Delhi, Pune, Bangalore with the final in Kolkata. Over 50 countries from around the world will participate and NZ School of Food and Wine has been asked to represent New Zealand.

Eden Frank was selected to be in our Toque d’Or team in 2018 and won a silver medal. He will now go with Celia to India to represent New Zealand in the 5th Young Chef Olympiad  in February. In 2019, Eden is also enrolled in our brand new NZ Diploma of Cookery Level 5. He works as commis chef at Euro.