Discovering the wines of Ornellaia

Ornellaia is a wine that evokes many images. Formed from grapes grown in the dreamy Tuscan region of Bolgheri, where warm coastal breezes lift off the nearby Mediterranean, this wine consists of a blend of Bordeaux’s most celebrated grapes. In Bolgheri, the grapes are able to ripen while still retaining a refreshing acidity and textural tannins.  This combination of ripe fruit, balanced with acid and tannin is very satisfying for the palate.

Tenuta dell'Ornellaia was established by Marchese Lodovico Antinori in 1981 and the first vintage was produced in 1985. Located just a few kilometres from the coast, Tenuta dell'Ornellaia has also drawn inspiration from its illustrious neighbour, Tenuta San Guido the home of the wine Sassicaia. This Tuscan style and interpretation of Bordeaux grapes, now famously referred to as Super Tuscans, have become enormously popular. Ornellaia and its sibling, Masseto, made from primarily Merlot grapes, are innovations on this same theme.

The vineyards of Tenuta dell'Ornellaia are planted with predominantly red Bordeaux varietals of Cabernet Sauvignon, Merlot, Cabernet Franc and Petit Verdot. White grapes are also now grown including Sauvignon Blanc, Petit Manseng and Viognier along with some local varieties. The Estate is separated into 65 plots overseen by winemaker Axel Heinz. In summer the temperature can get up to 32 -35°C, resulting in wines showing ripe and generous fruit. The fruit is harvested by hand to ensure quality.

The history of its ownership involves significant figures in the wine world. The Robert Mondavi Winery became a shareholder in 1999 and formed a partnership with the Frescobaldi family to buy out Lodovico Antinori in 2002. In 2003, Mondavi itself was subject to a hostile takeover by Constellation Brands. In 2005, Frescobaldi was able to buy out the Constellation shareholding so that since this time Ornellaia has been 100% owned by Frescobaldi.

On February 10, 2017 Tenuta dell'Ornellaia presented its first official tasting in New Zealand since Negociants New Zealand were appointed as distributors. This was hosted by Patrick Lachapele who is based in Hong Kong.

The tasting consisted of seven wines and a number were new to New Zealand consumers. For me the highlights are detailed below. 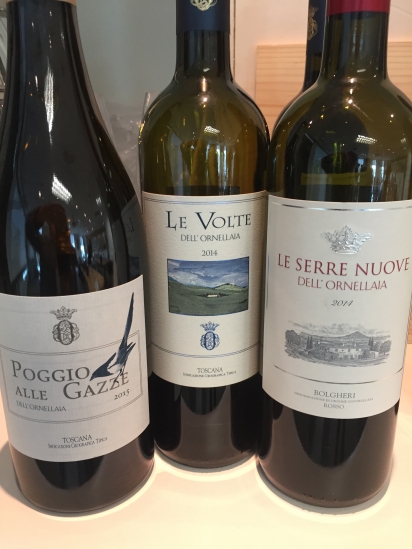 An intriguing blend of Sauvignon Blanc, Vermentino, Verdicchio and Viognier, this wine offers a lightly herbal nose with aromas of white flowers, ripe peaches and nectarines. It was dry on the palate with a creamy, lemon-lime finish.

This is the second wine of Ornellaia and has been produced since 1997. It has been developed to offer a new platform for the grapes and as a consequence has enabled the quality of grapes used for Ornellaia to increase. Le Serre is more approachable as a young wine and showed aromas of ripe plums, spice and caramel and a savoury finish with good acidity and tannin.

This wine was drawn from Ornellaia’s library stock and gave us the opportunity to experience a wine that displayed development from bottle aging. This wine, while still showing ripe red fruit characteristics, offered more savoury nuances of coconut, spices and leather with hints of black olives.

This was my pick of the tasting. The wine was deep ruby in colour with aromas ripe damson plums, black cherries, cinnamon and nutmeg from the oak.

On the palate, the ripe plums were balanced with a crisp acidity and firm tannins giving a very satisfying, textural mouth-feel with a long, lingering finish.

We were then treated to the Ornellaia 2005 again drawn from their library stocks. This wine was garnet in colour with brackish tinges and made from 60% Cabernet Sauvignon. The nose reflected the tertiary characteristic of bottle age and on the palate displayed that magical balance intense ripe fruits, steady acidity and an appealing, long savoury finish. 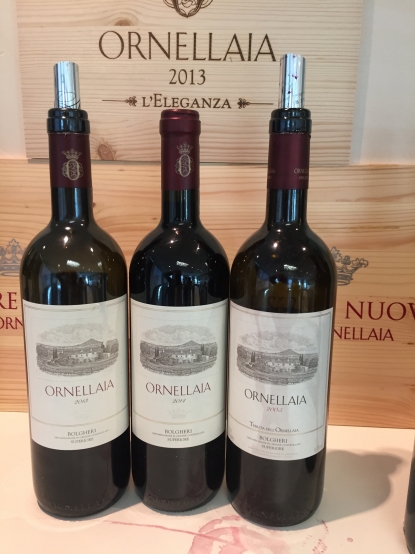 Looking forward to tasting more of these wines in New Zealand. 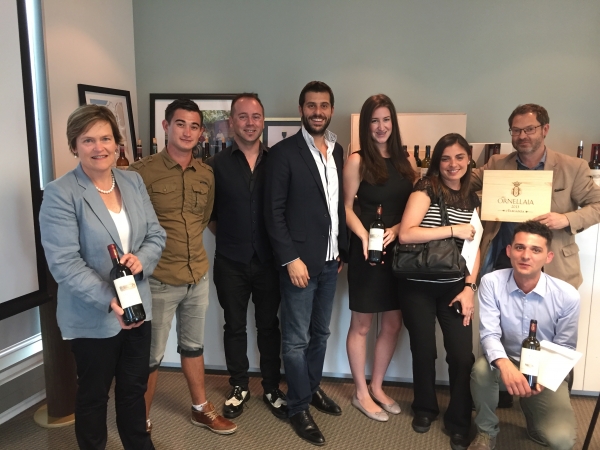 So here we are again, cooking from home, as we swing back to lessons learned from Lockdown 1.