We are delighted to announce two women have won the New Zealand Sommelier and Junior Sommelier of the Year 2017 titles, in a field which has traditionally been a male domain. 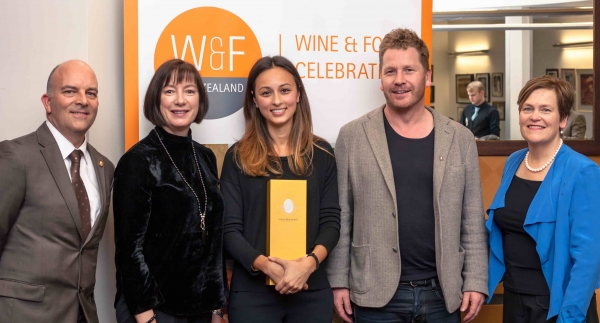 Winner Stephanie Guth with members of the committee of the New Zealand Sommeliers and Wine Professionals.

Stephanie Guth, who won the New Zealand Sommelier of the Year 2017, said she was humbled to win the top prize and also by the process itself, which included tasting six wines with their identities concealed, opening Champagne for the judges and an audience, and pouring the Champagne into eight glasses while answering questions about different beverages. 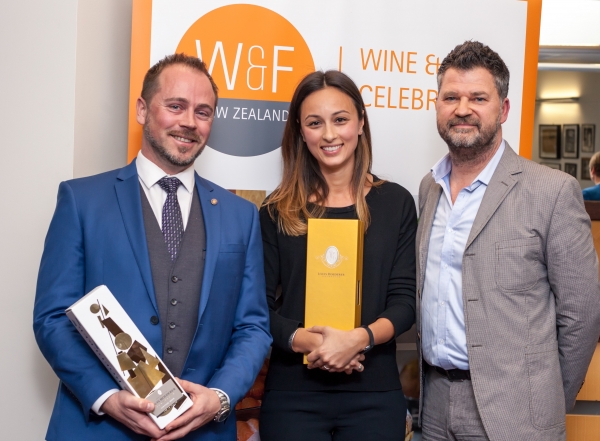 At elite level a sommelier needs to have have developed both an exceptional palate and comprehensive knowledge of beverages. While wine styles, grape varieties and regions are important, a sommelier must also be knowledgeable about cocktails, spirit brands, beer and Japanese sake as well as tea and coffee. A sommelier must also have excellent communication skills.

Stephanie works as the sommelier and runs the beverage programme at The French Café in Auckland. Raised in Canada, Stephanie trained first as a chef and five years ago made the transition to front of house. Stephanie is part of the global growth in women pursing this career path.

The New Zealand Junior Sommelier of the Year was won by Amelia French from The George Hotel, Christchurch. Runner-up was Bethany Jeffries from Oyster and Chop, Auckland. 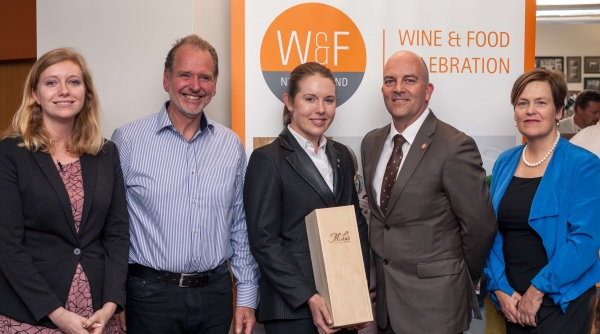 The annual competition was recently held at the New Zealand School of Food & Wine in Auckland. Head Judge Cameron Douglas MS and Patron of the New Zealand Sommeliers and White Professionals, Celia Hay (Chair) and guest judge, Marek Przyborek,  newly arrived in New Zealand from Poland along with Michael Darby from Canterbury made up the panel.

This competition is open to entrants from throughout the country and has seen past winners travel to visit Champagne Louis Roederer in France and for the Junior Sommelier winners to visit Central Otago hosted by Misha’s Vineyard. It recognises the vital role played by the hospitality professional as part of the dining experience and serves to inspire others to look beyond the traditional roles of chef and server. 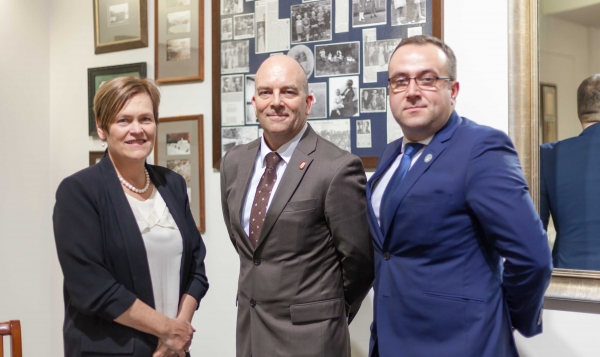 The Awards were presented at a celebration dinner at the New Zealand School of Food and Wine featuring the Lebanese Cuisine of Samir Allen from Gemmayze Street restaurant in St Kevins Arcade, Karangahape Road, Auckland. 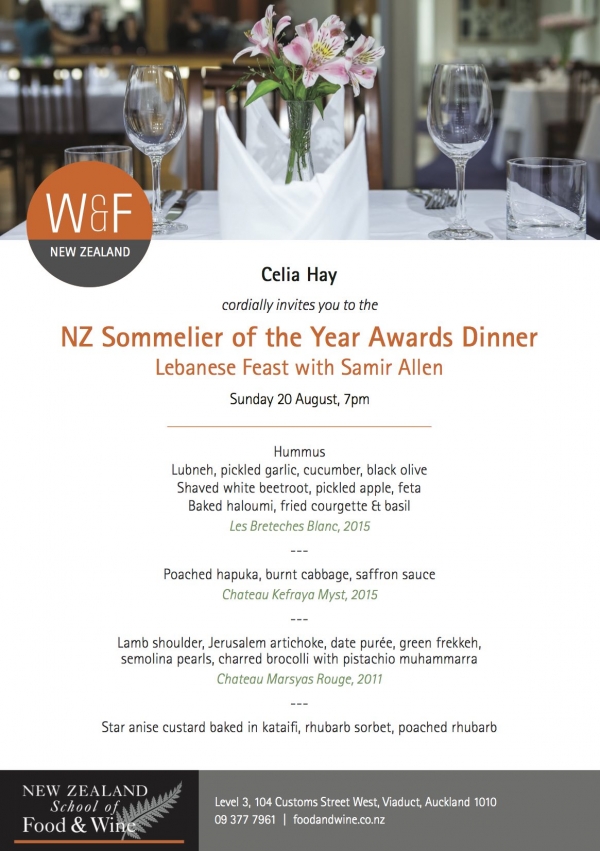 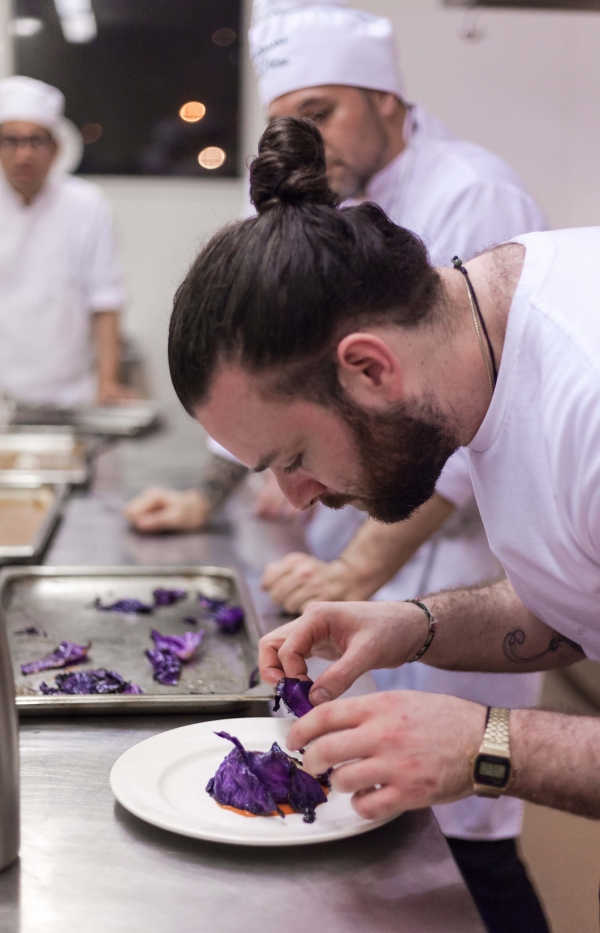 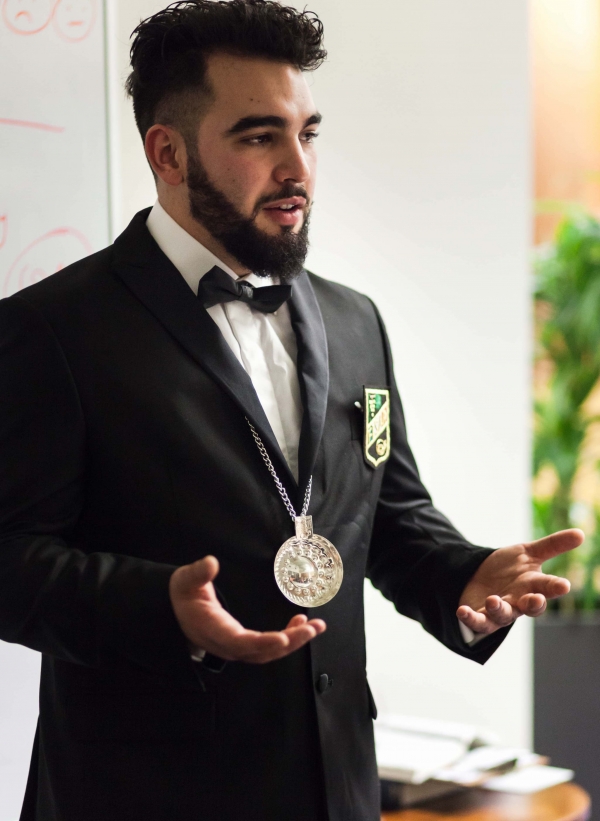 The dinner was preceded by a wine tasting of innovative Lebanese wines lead by Gemmayze Street Sommelier, Federico Rutolo

Thanks to Negociants New Zealand for: 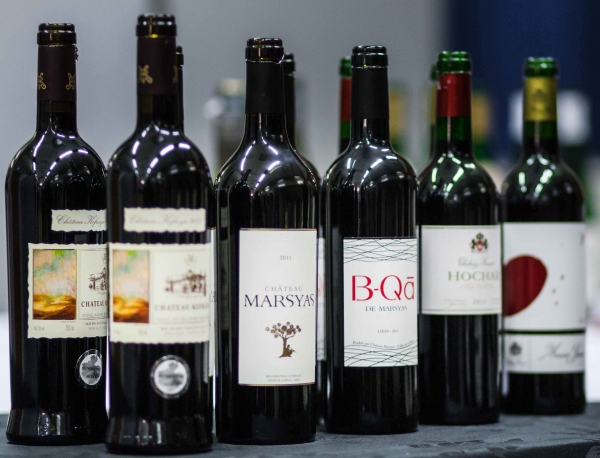 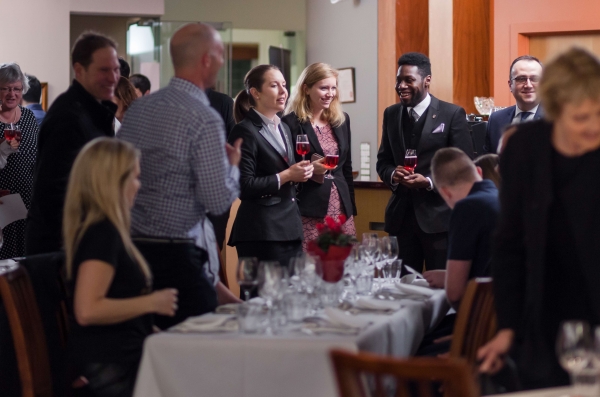 About to sit for dinner. 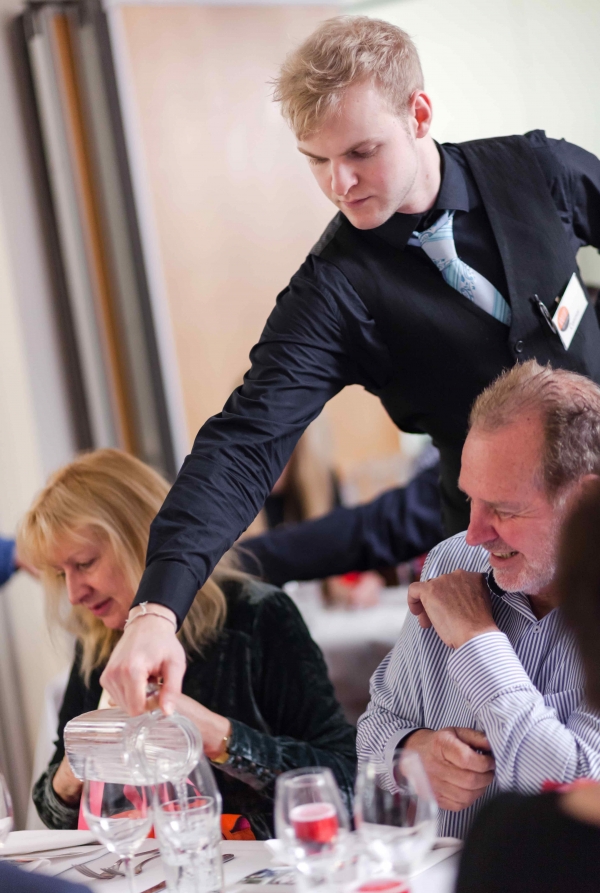 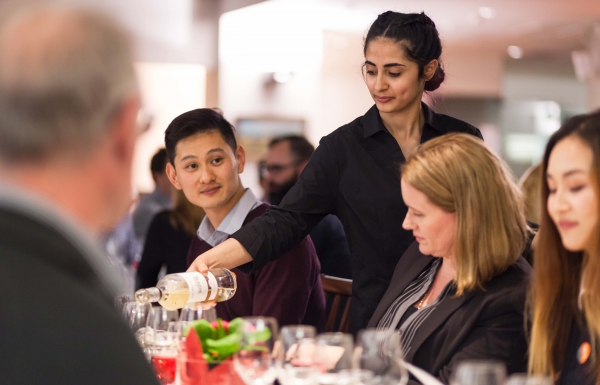 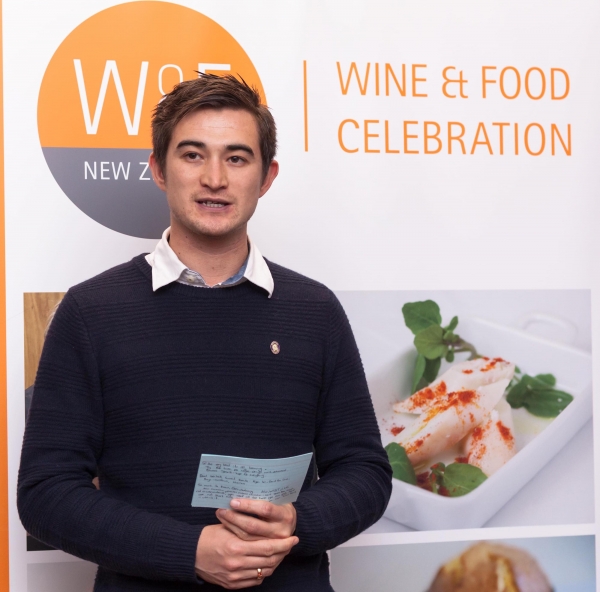 Dion Wai, NZ Sommelier of the Year 2016 talks of his experience following the 2016 competition including the visit to Champagne Louis Roederer and to the European Sommelier Competitions in Vienna. 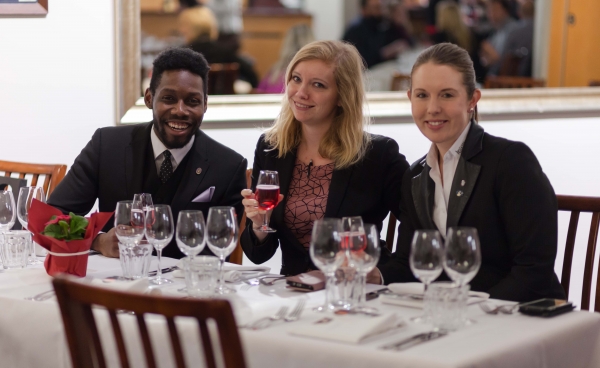