Mendoza is both a city and a province and is located in the far west of Argentina. It is 1000 km from Buenos Aires and less than 200 km to Santiago, Chile, via National Route 7, a road that winds through the Andes and takes 7- 8 hours to drive. Dominating this area is Tupengato, a mountain of 6,570 m (21,560 ft) with an active volcano, Tupungatito to its southwest. Tupengato is also the name of a political department of the province of Mendoza and part of the Uco Valley, Argentina’s most highly rated wine region.

Mendoza produces 70% of Argentina’s wine and the king of the grapes is the red Malbec grape. Originally from South West France, Malbec flourished in Argentina as it fell into decline in France, following the onset of phylloxera in the 1860s. 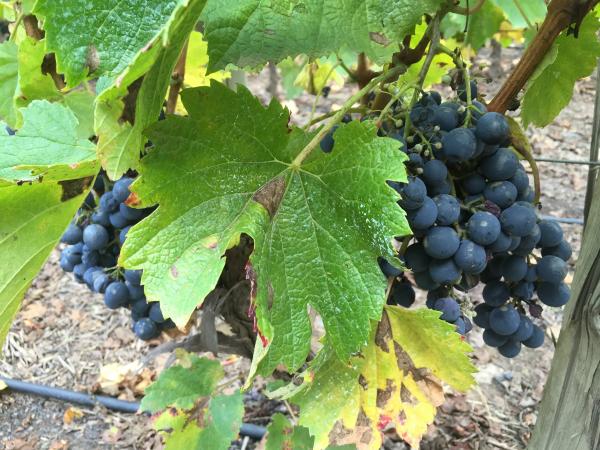 Grapes have been planted in Argentina since the missionaries arrived in the 1550s and the wine business today is dominated by some large, well-established estates and well as innovative young winemakers seeking to re-define Argentine wine. During the late 1980s and 1990s significant investments were made by international companies such as LVMH, Codorniu, Lurton as well as highly regarded French wine consultant, Michel Rolland who introduced a number of Chateaux to the country.

Catena Zapata was founded by Nicola Catena, who sailed from Italy to Argentina in 1898 and now, after 100 years and 4 generations, the estate is still flourishing. The family has a strong scientific tradition and Nicola, who studied in California, is credited with the initial move of the region towards high altitude wines. 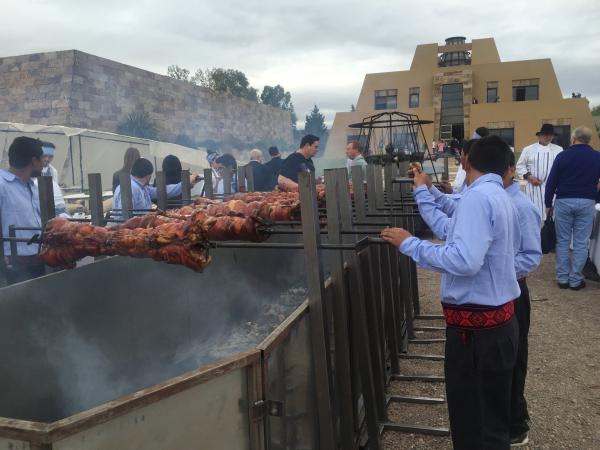 A feast of barbecued goat, pig and lamb awaited us on arrival at Bodegas Catena Zapata 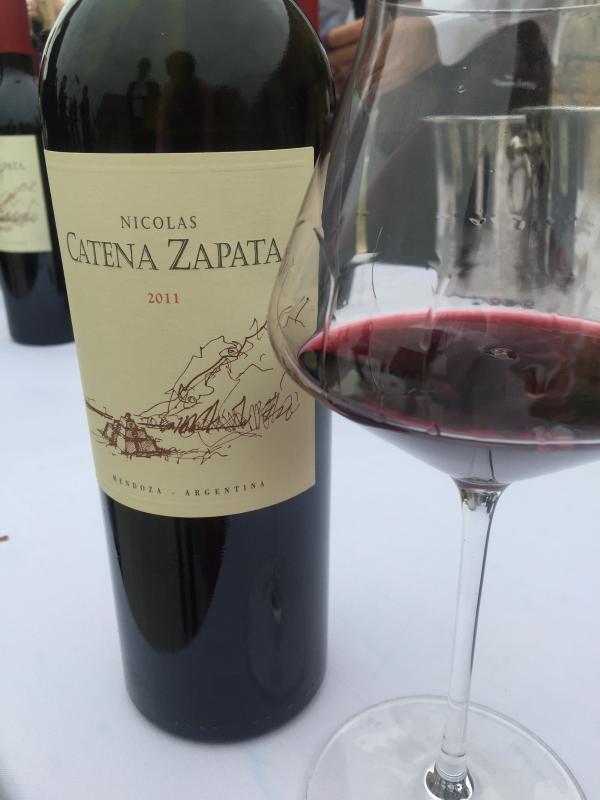 Testing the boundaries of altitude, Catana Zapata's Adrianna Vineyard is located at an elevation of 1450 m (4757 ft) in the Gualtallary district of Tupungato and produces outstanding wines from Malbec, Chardonnay, Cabernet Sauvignon, Pinot Noir.

It is considered Catena Zapata’s most iconic vineyard and the intensity of sun and UV light helps to ripen even when the area is extremely cold.  The soils are diverse physically, chemically, micro-biologically and have the ability to protect vines from diseases.

Followed by his daughter,  Laura Zapata, a doctor with degrees from Harvard and Stanford, now leads the bodega's research and development team and continues to study the terroir of wines made in such close proximity to the Andes. 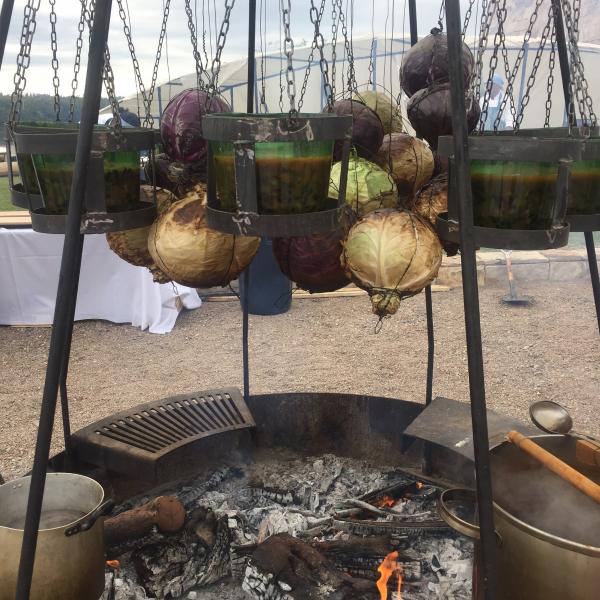 Francis Mallman, Argentina's more famous chef and articulate communicator of a this rustic style of cookery created three different menus for us.

At Bodega Catena Zapata there were pots of beans cooking slowly over the flame alongside red and white cabbages that slow smoked over the coals. 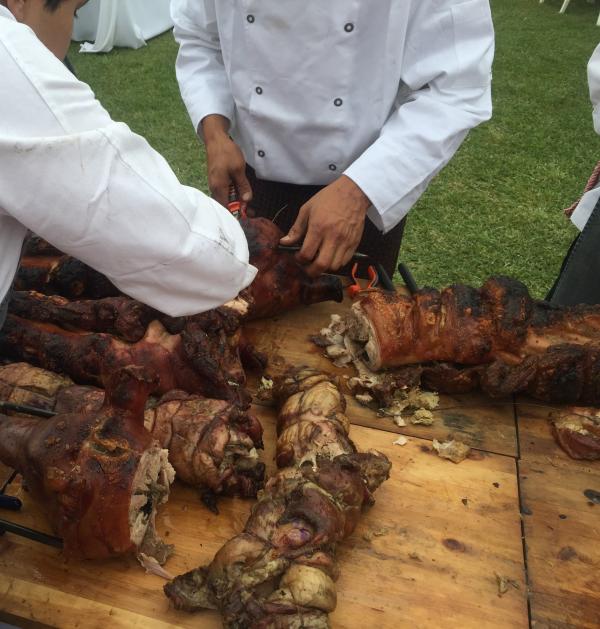 The slowly barbecued lamb, goat and pork was seasoned on the wooden benches before being plated up with the beans and cabbage. 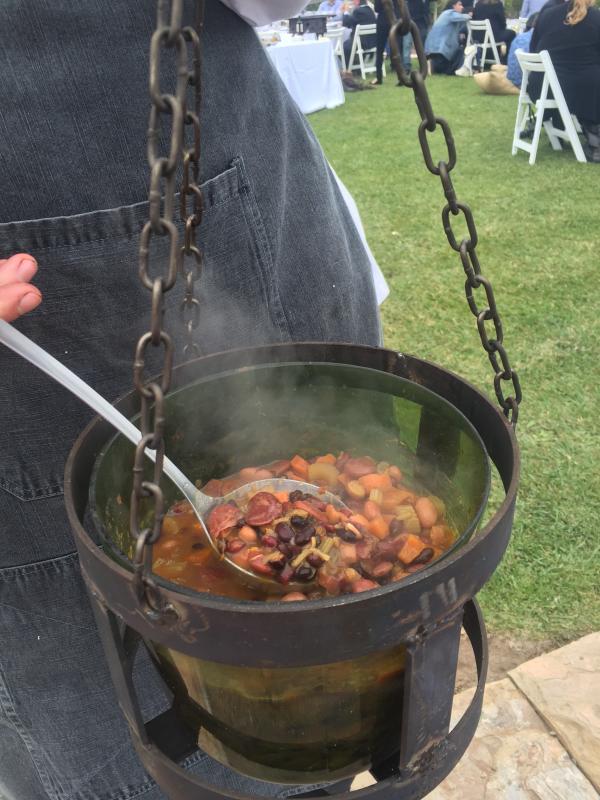 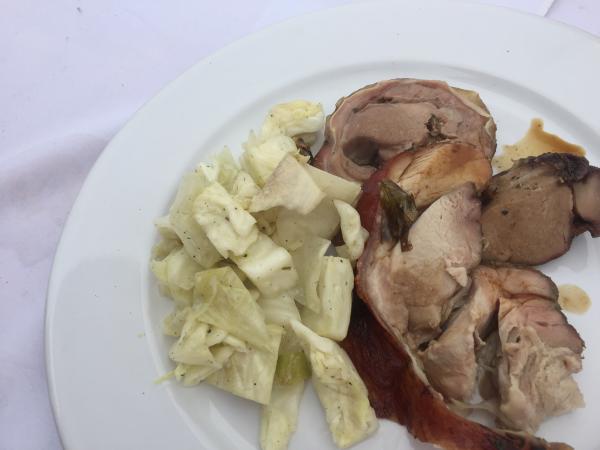 For dessert, and also prepared on the hot grill plates, was the Argentine delicacy of Dulce de Leche - slowly heated sweetened milk - served in crepe parcels and toasted on a bed of sugar, caramelised on the hot plate. 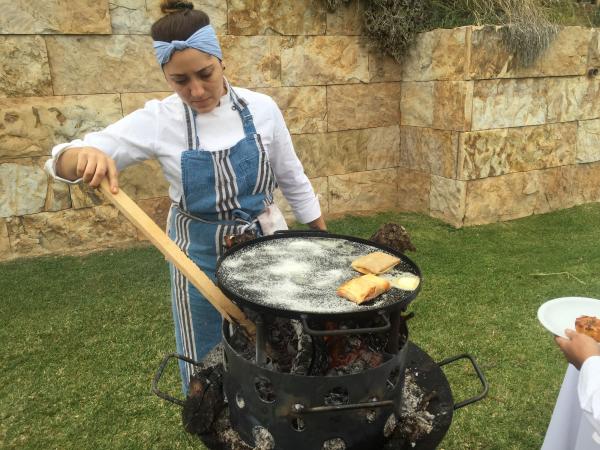 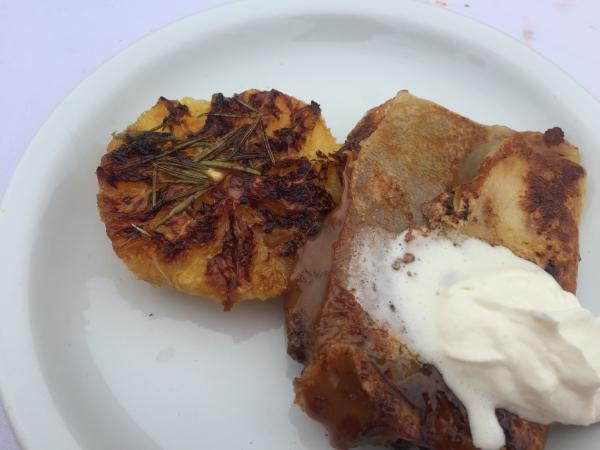 Crepes with Dulce de Leche, which has a taste reminiscent to our condensed milk, caramelised in a can, was then served with chargrilled pineapple grilled with rosemary - an intriguing combination of tropical, caramel, menthol and cream. 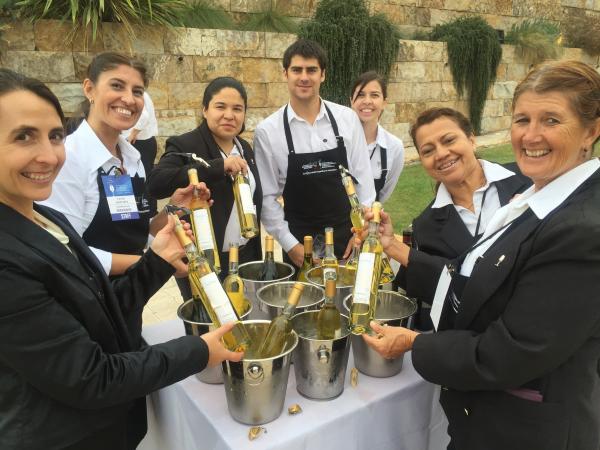 The Sommelier team who poured the wines at Catana Zapata where drawn from restaurants and wineries from all over Mendoza.

The Uco Valley is south of Mendoza City and takes around 90 minutes to drive to. The Uco Valley has a number of sub-regions or districts and here we visited four estates.

At an elevation of 900 to 1500 meters (3000-5000 feet) above sea level, the Uco Valley has many different micro-climates and the alluvial soils, formed from ancient glaciers influence the grapes that can be grown. Warm, dry summers, clear mountain air, pure water sourced from the mountains for irrigation all offer unique growing conditions. 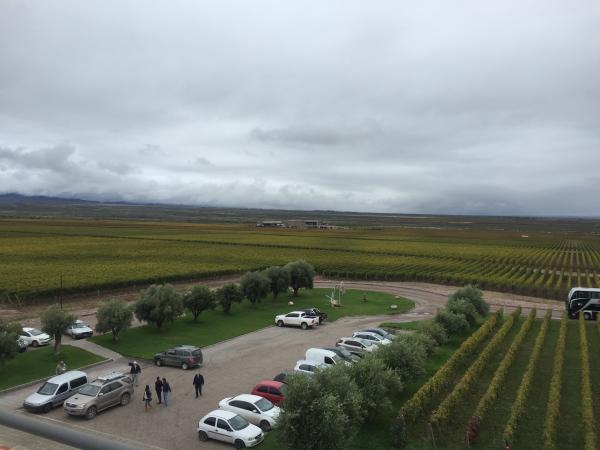 At Clos de los Siete , the Andes were hidden beneath a blanket of clouds but we were able to grasp the enormity of the concept with four Bordeaux Chateaux and 800 acres of vines, a concept that is the inspiration of Michel Rolland.

Each Chateau produced its own wines but they also group together for a special wine branded Clos de los Siete. 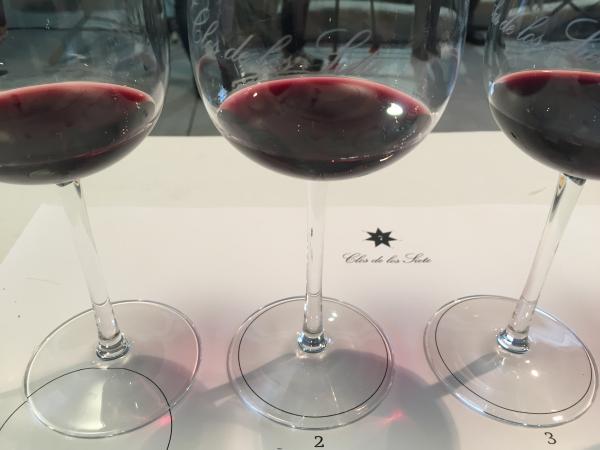 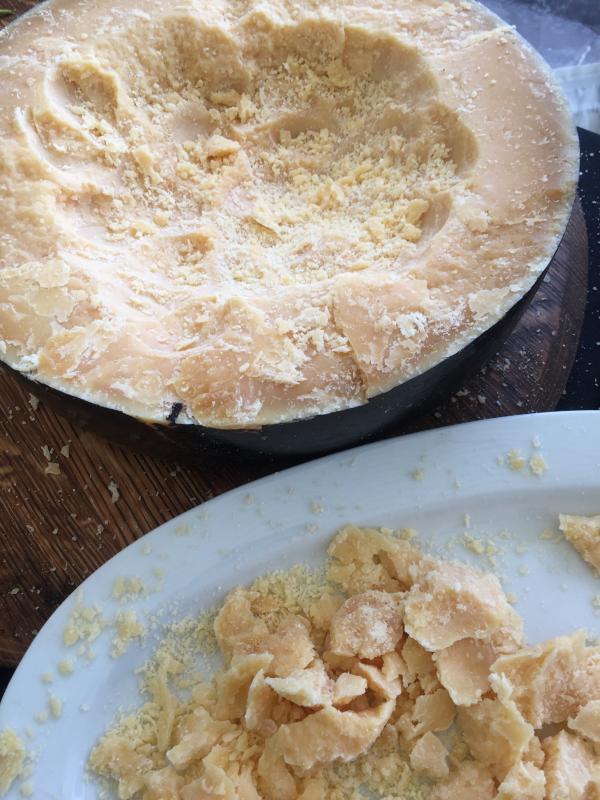 At Clos de los Siete we had a quick tasting of the most delicious cheeses including this Parmesan style local cheese. Other cheeses were made in a soft rind, Brie style as well ewes milk cheese and other more like Manchego. 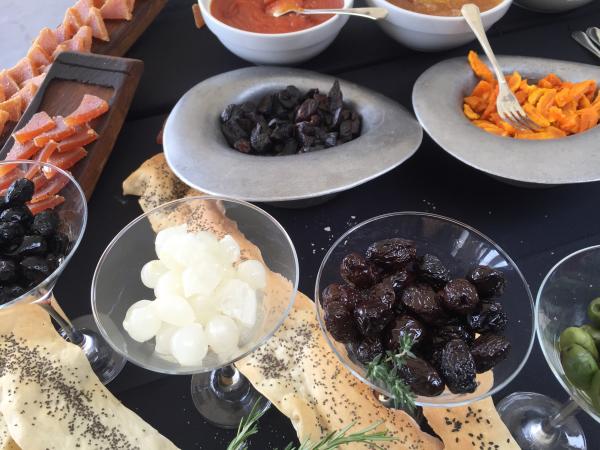 At Bodega Zuccardi, whose beautiful winery had only just be opened, we enjoyed another feast of Argentine fare. 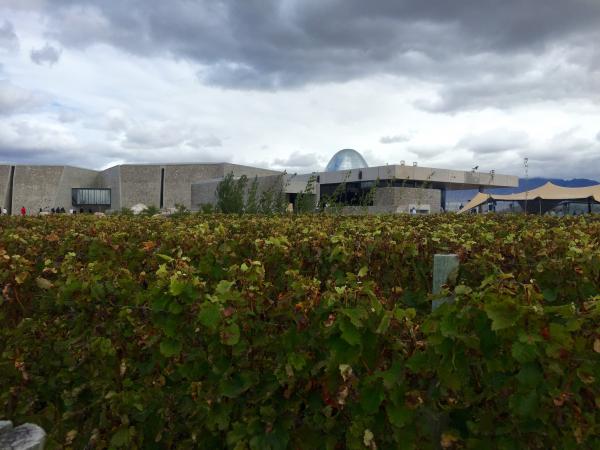 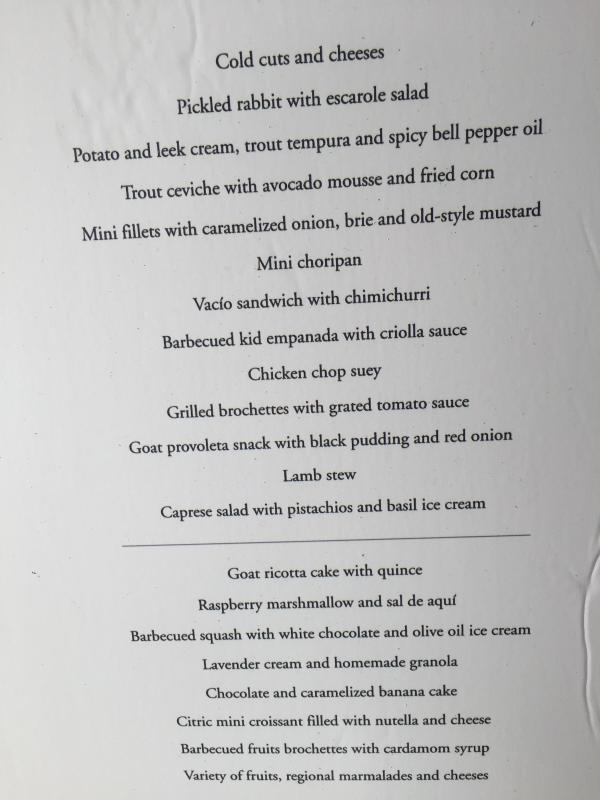 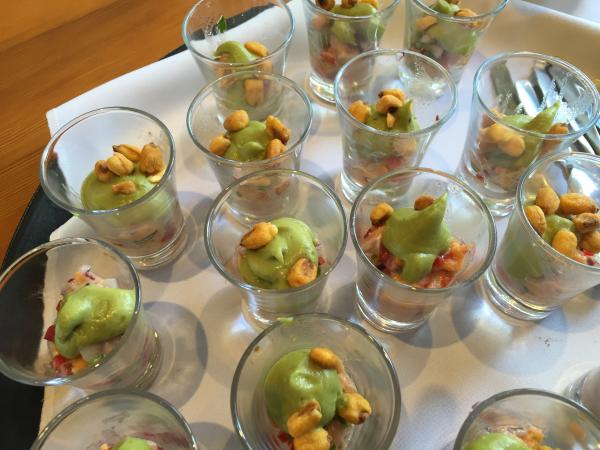 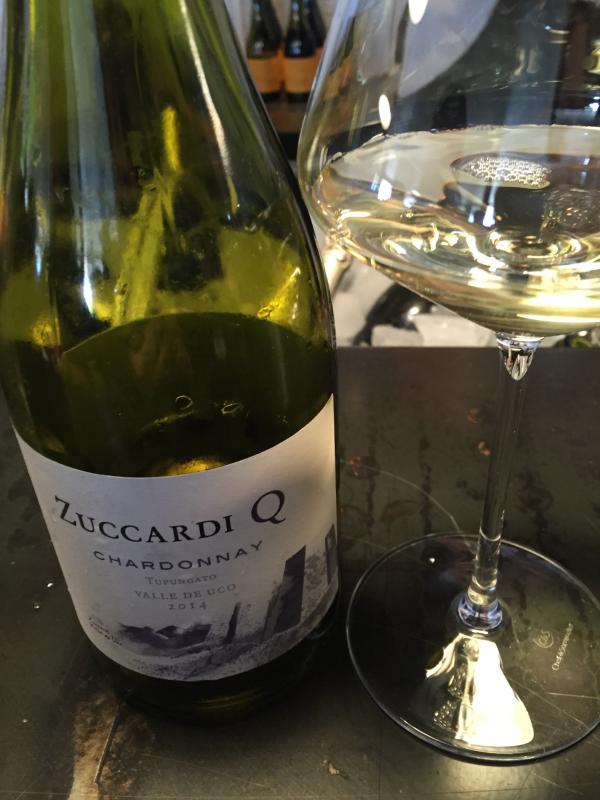 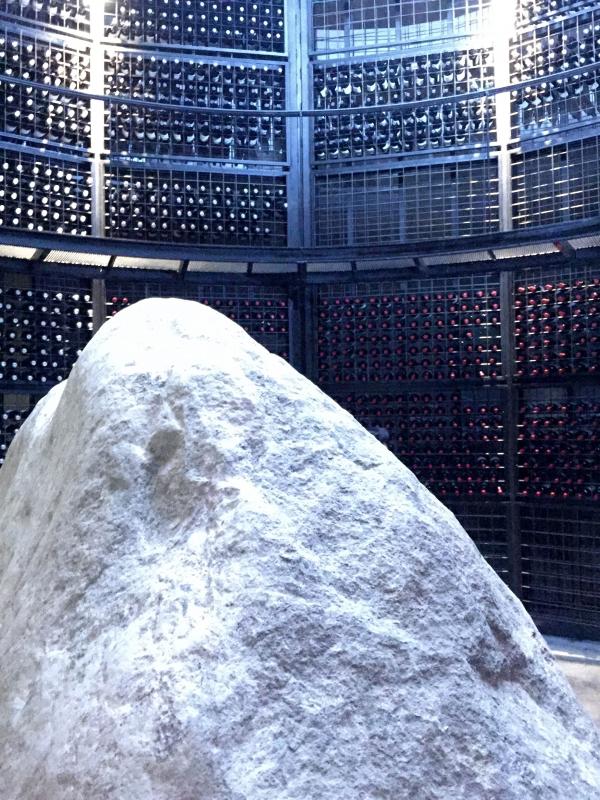 The modernist cellar at Zuccardi...with boulders and stones to remind us of the glaciers. 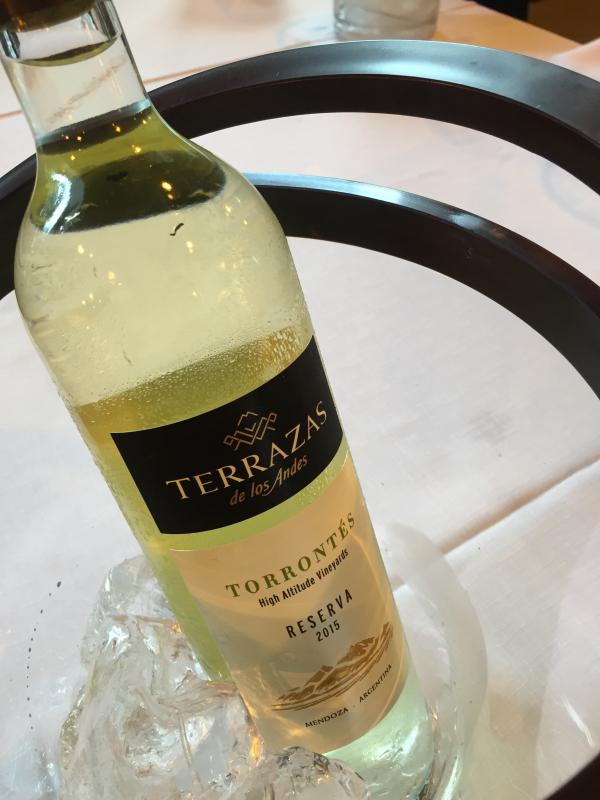 Terrazas de los Andes is owned by LVMH and its Malbec is available in New Zealand.

Torrontes is the great white grape on Argentina.  It is a crossing of Criolla Chica and Muscat of Alexandra and dates from the 18th century. 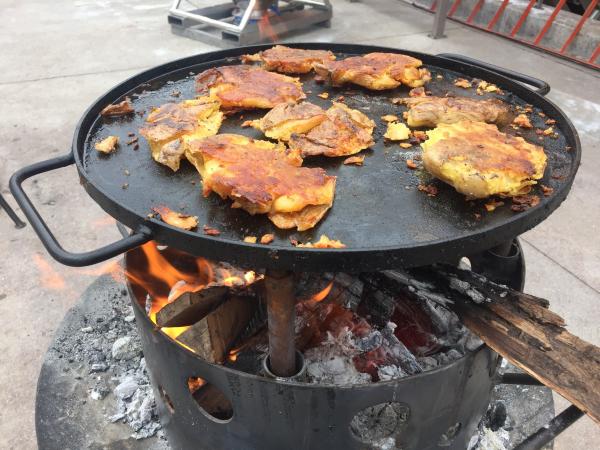 Potatoes on the grill 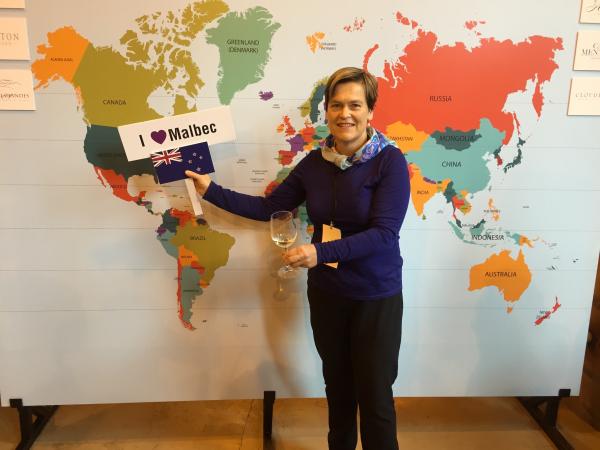 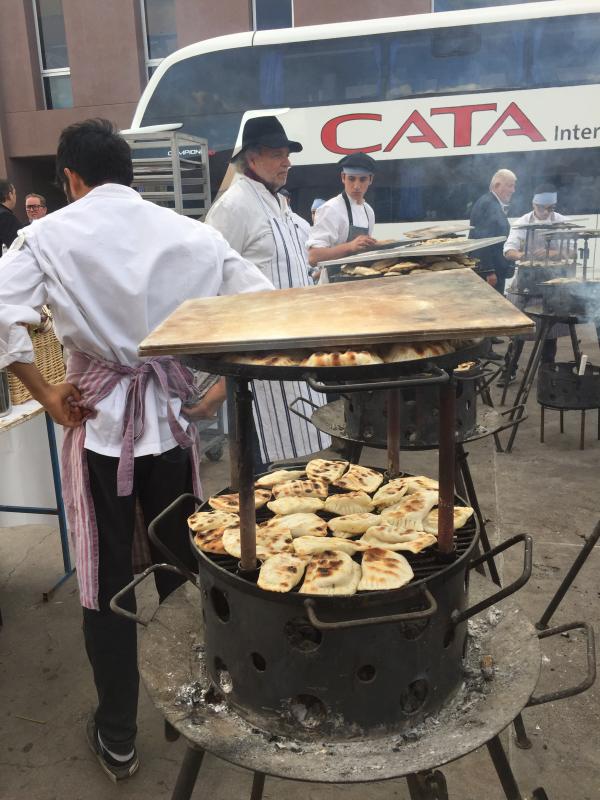 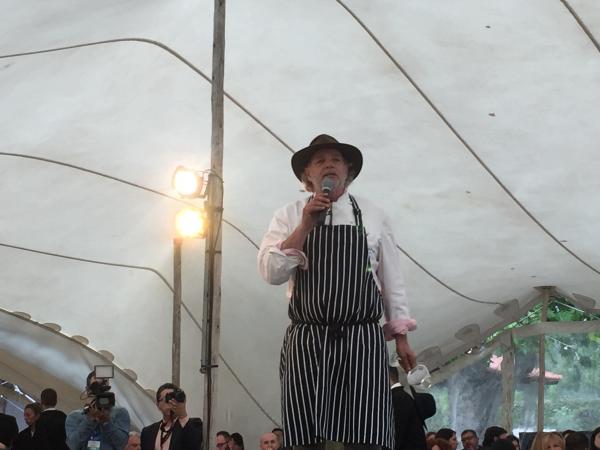 Argentina's most famous chef, Francis Mallman explains the menu and his cookery philosphy. 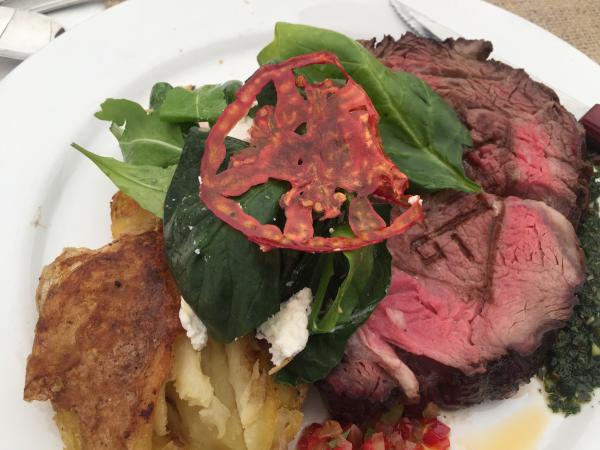 Note the steak has been 'branded' with a hot iron. 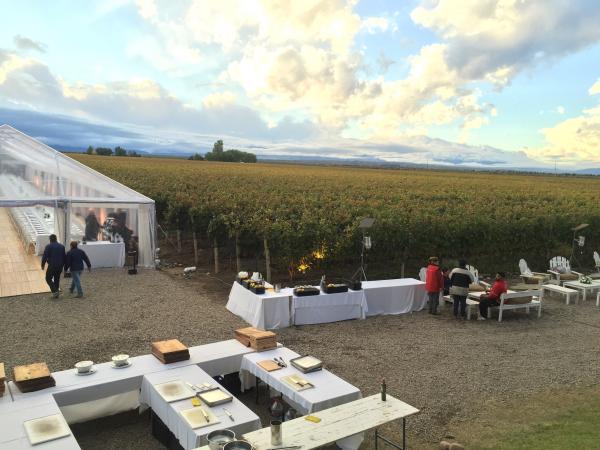 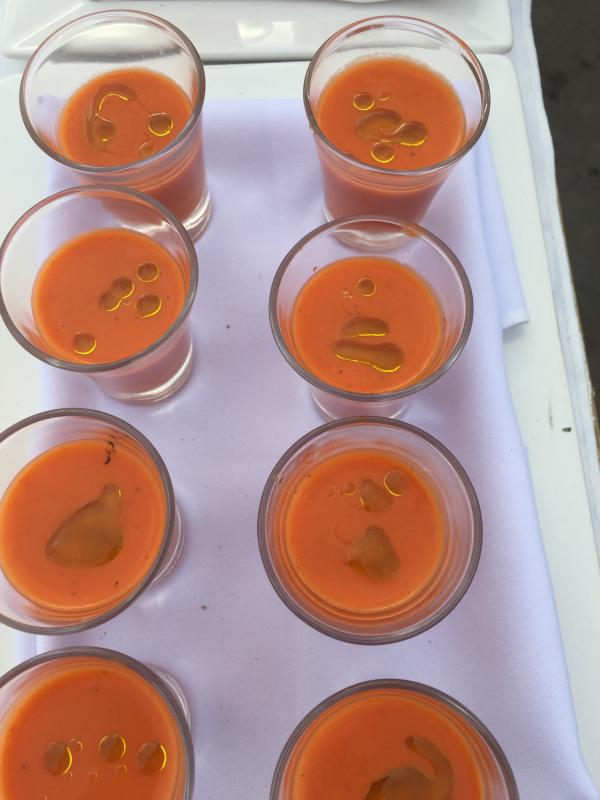 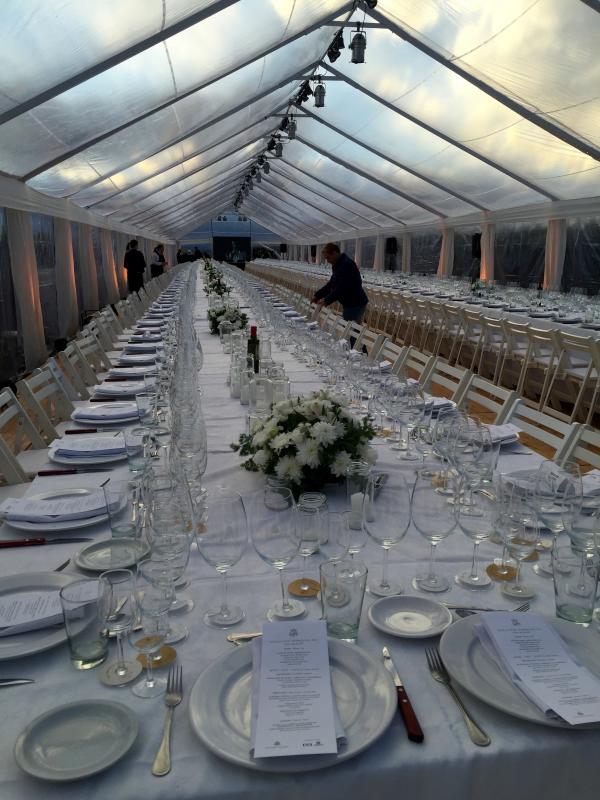 Setting up for the banquet at Bodega Rutini. 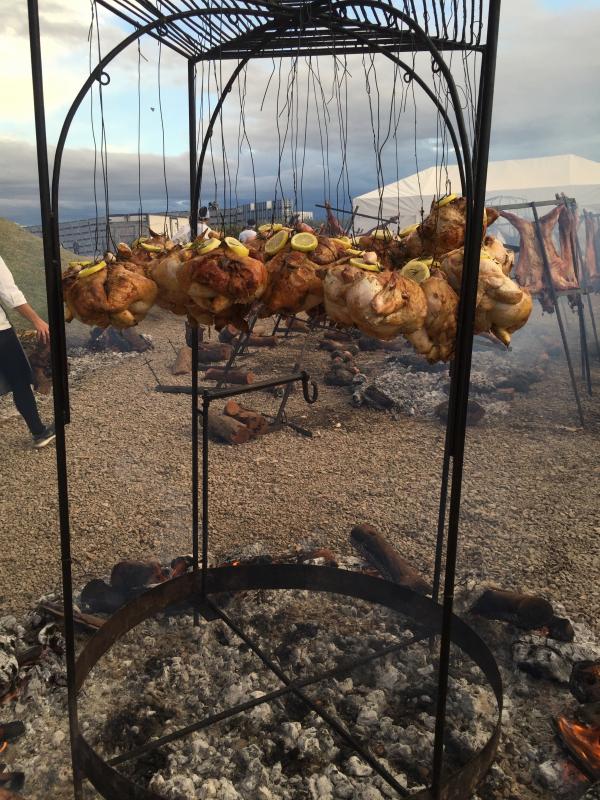 Stuffed Chicken, smoking over the embers. 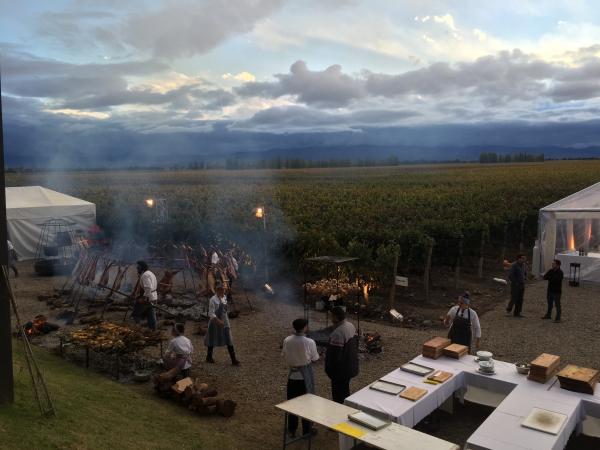 Sunset at Rutini as the barbecue smokes and we look hopefully west to get a glimpse of the Andes.

An amazing day in Mendoza.